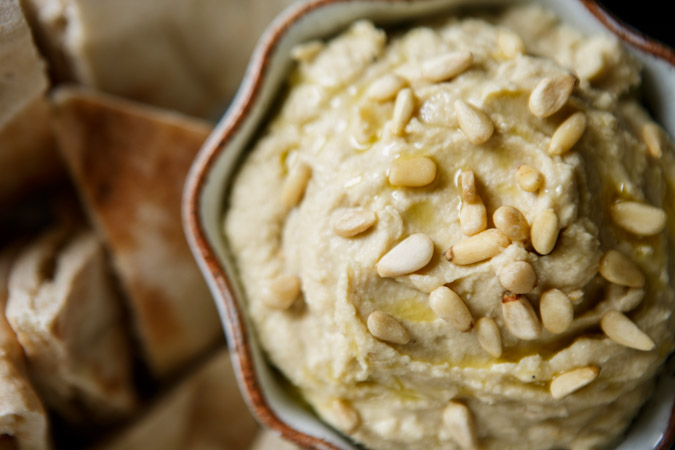 Besides the fact that it’s fun to say, Baba ghanoush is actually quite fun to make, too. Baba ghanoush sounds like it would be overly complicated to make, but in reality, this easy baba ghanoush recipe is simply eggplant blended up with lemon juice, tahini, garlic and sea salt.

While most recipes ask you to char the eggplant on a grill or over the flame of a gas stove, you can also use your broiler to achieve smoky flavor while saving time and energy. This tip proves to be especially useful, too, if you have neither a grill nor a gas stove, which is not uncommon for those of you cooking from your first or “starter” kitchen.

Baba ghanoush, which resembled traditional hummus, is a Levantine dish of cooked eggplant mixed with onions, tomatoes, olive oil and various seasonings. You’ll find it in Middle Eastern cuisine but you’ll also find it in the supermarket next to the packaged prepared dips and spreads.

What’s it taste like? It’s creamy, tastes way more decadent than it actually is and has a balance between slightly sweet notes and savory undertones from the lemon and tahini.  It’s naturally vegan and gluten-free so you can serve it to pretty much everyone without worrying that you’re going to send someone into an allergic panic.

It’s a great alternative to hummus because it feels slightly fancier and a touch more gourmet than the simplest of dips.  If you’re not a big cook but you know how to use a food processor, this is a surefire way to impress your guests. Serve room temperature with slightly warmed pita bread.  What is it that they say….fake it ’til you make it? This is that. 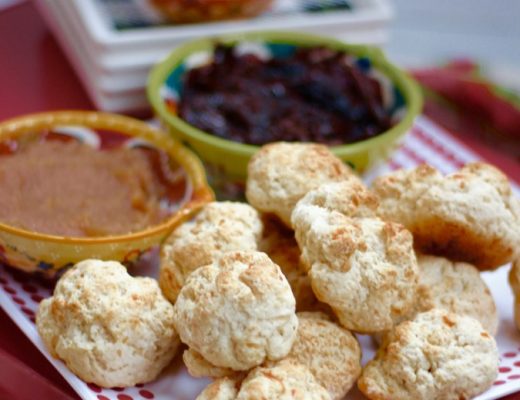 How To Host a Holiday Biscuit Bar Brunch 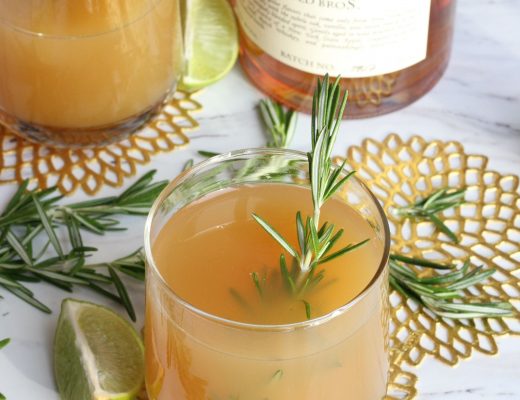